Changing Lives…One Carnival at a Time.

Last week, I had an amazing opportunity to sell my baked goods at a carnival.  My dad is the parish manager at his church, Sts. Peter and Paul in Mt. Vernon, and they were holding their annual church carnival.  They had all the typical carnival fare: rides, cotton candy, funnel cake, and…my booth!

Got my own banner and everything!

In preparation for the four days of carnival fun, I feverishly baked my butt(er) off! For the first night, I made my famous chocolate peanut butter squares,

you gotta try these.

apple hand pies, pumpkin bread slices, and pumpkin chocolate chip muffins.  I sold out of the peanut butter squares on the first night.  In fact, I think I ended up making peanut butter pie each day prior to showing at the booth!

Apple hand pies…Made with freshly picked apples from the orchard! 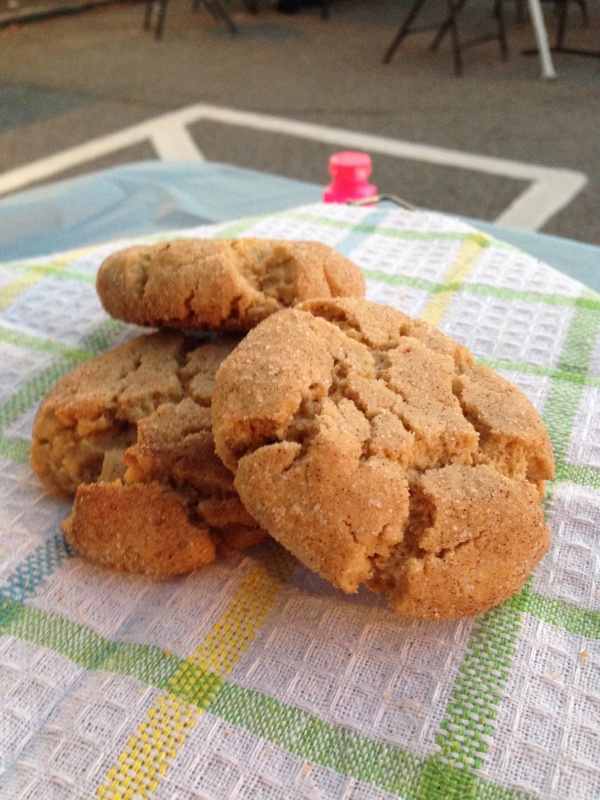 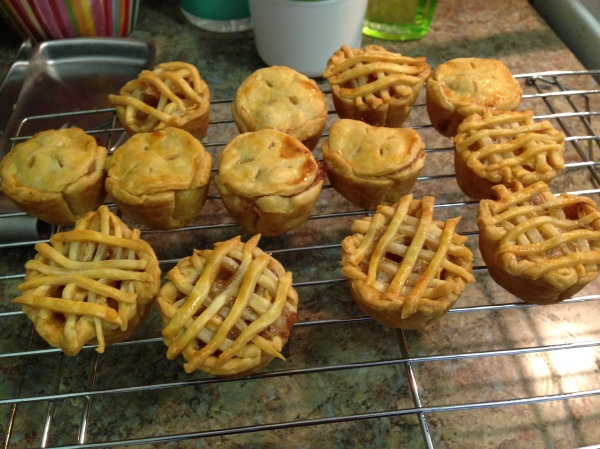 How cute are these??

It was a great experience.  I got to chat with people who were dairy-free themselves, and we commiserated on the lack of dessert options in our neighborhood.  It was also pretty cool seeing how excited they got that I could provide exactly what they were looking for.

The most interesting part of the four days was the many conversations I had with people, trying to convince them that my dairy-free desserts tasted exactly the same as full milk, full butter treats (and they really do, seriously).  I even provided samples most days, and there were lots of surprised looks.

Some people really could not understand why anyone would want to be dairy or allergy free. That boggled my mind.  I know there are people out there who cannot tolerate certain foods.  However, I think that some of those people eat them anyway!  In the past when I’ve talked to people (colleagues, friends, etc.) about my dairy intolerance, I occasionally get the response, “yeah, I can’t really eat dairy.  But I could never cut out cheese or ice cream.”

You tell him, Michelle.

I eventually convinced him to buy a brownie, and he walked away before I could see his first bite.  I think it’s just interesting that outside the big city, people are still a little behind on the allergy-free baking.

Overall, the carnival was a success.  I made some money,  got my name out there, and maybe opened some eyes on a whole healthier way to eat dessert.

One thought on “Changing Lives…One Carnival at a Time.”

About Baking my Butt(er) Off

My name is Chrissy. I love teaching, baking, and cats. Mostly cats.

Visit The For Goodness Cakes Bakery!

Read what others have to say!

Cooking with a Wallflower
food to glow

this is... The Neighborhood

the Story within the Story

Brought to you by For Goodness Cakes!

Definition: Exploration of the world using your nose

she thinks. she says. she writes.

CNN Newsroom
knit the hell out

More obsessed with each passing stitch.

Learn about Goan and Indian Recipes

My experiences as a nanny

A teacher's reflections on preparing teens for life